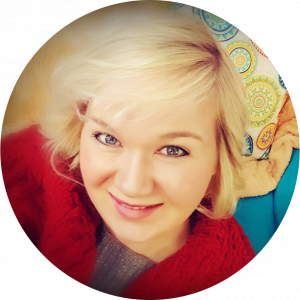 Naomi Tanatty got into the play business at a young age.  Naomi’s mom was a teacher and often wrote Christmas plays and Easter plays for her students to perform at church.  Naomi would perform in the plays along with her siblings and she quickly grew to love the costumes and the songs and always anticipated the next play. When she went to camp for the first time she was thrilled to find out that there were plays every night.  It’s no surprise that she spent more than 10 years working at different Adventist summer camps when she got older.  She also joined several drama teams and started her own drama teams at different churches and schools, all of them dedicated to sharing the love of Jesus through stories and plays. Today, she’s written over 60 Christian plays and skits for young people and continues to write when she gets the chance.  As a stay-at-home mom with her beautiful newborn daughter, she doesn’t get to work at camp much anymore, but she looks forward to the day that she can introduce her daughter to camp when she gets older.  She is still dedicated to children’s ministries and teaches the children’s program at her church. He mission is to simply touch young people’s hearts the way that they have touched hers. 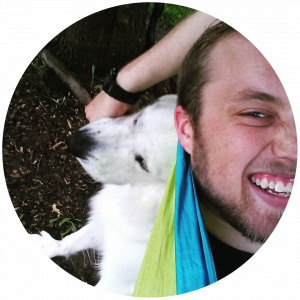 Robby wrote his first play at Camp Heritage in 2009, sitting on the boathouse roof, looking at the lake. The programs director used it instead of the play she had bought. She didn’t know she had accidentally sparked a fire. Robby was hired as the programs director at Camp Winnekeag in 2012, 13, 16, and 17. He wrote his own plays during that time, building his skill and his voice. A hallmark of his writing is a serialized story structure and big ensemble casts. Finally, looking in shock at the piles of plays he had written representing hundreds of hours of work, a thought occurred to him: do other people write their own plays? What do they do with them afterward? How do non-writers find their plays? So he made a website you’re reading right now.
Welcome; I am Robby Van Arsdale. 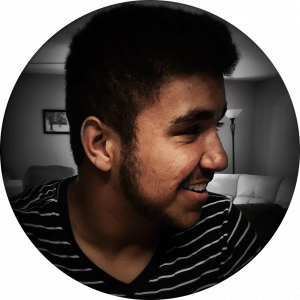 Josue Feliciano grew up going to camp every year as a kid. When he was old enough, his transition into working at camp was seamless. He started writing when he was still in grade school, crafting worlds of immense complexity. He wrote his first play for Camp Winnekeag in 2016. The hallmark of his writing is that small actions have significance, names have metaphorical relationships to the characters, and the structure of the play recalls itself multiple times. Keep your head on a swivel when reading a Feliciano original; you’ll see something new every time.